Dear Customers The owners of RV4X4 are taking a short break between 2-11 September. While we will still receive and appreciate your order, the dispatch of your order will be delayed during this week We Thankyou for your patience Cheers Jacci Pirouet HPD oil catch cans / oil air separators prevent oil from entering into the intake manifold and mixing with the carbon from the EGR, clogging up vital components and potentially causing damage.

Modern 4WDs tend to have more parts in the intake manifold such as sensors and EGR valves that can malfunction due to the oil film produced. The HPD direct bolt on separator kits are ideal for 4WDs running an intercooler or turbo kit and they come complete with mounting brackets, rubber hoses and hose clamps. The separators eliminate oil vapour that can contaminate the intake system and therefore helps keep the intercooler clean (internally). This translates into more efficient cooling and better power delivery from your engine.

By: Jack collinge on 24 November 2017
I have to say I am truely blown away with the level of service I received from Mark Stonehouse. He was very prompt with his delivery and despite having a minor hiccup in the process he was quick to resolve the issues. He conducts himself very professionally and I will be back in the future. As for the product what else can I say other than fantastic it has worked so well so far and has filter a fair amount of oil from the rocker cover again very impressed.
(5) 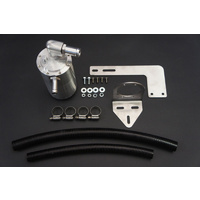 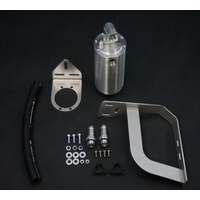